Over the years, C.H. Ellis has evolved to become a leader in the production of industrial plastic cases and sewn cases for industry, agriculture, business and commerce, military and government applications. Our family of brands has grown to include Chicago Case Company and Howe Industries. Our client list includes many Fortune 500 companies.

Today, C.H. Ellis is a privately owned company that manufactures a wide range of industrial plastic cases, tool pallets and sewn or zipper cases in our 56,000 square-foot facility near downtown Indianapolis. The plastic, sewn and fabricated cases and tool pallets you see on this website are only a fraction of the cases and other services we provide to our customers.

Whether you are a small company or a Fortune 500 corporation, C.H. Ellis can design and manufacture a case and/or custom foam interior solution to your precise specifications. 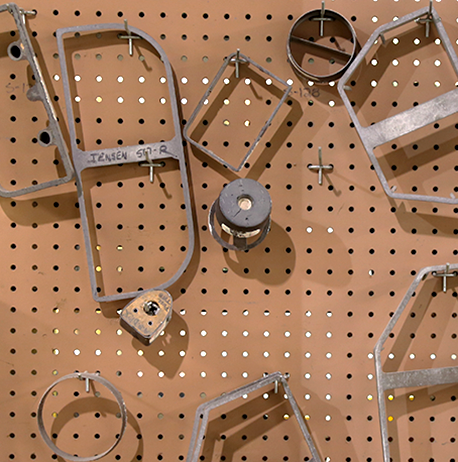 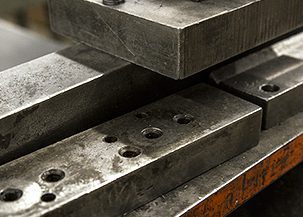 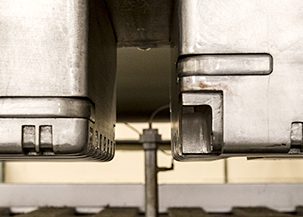 C.H. Ellis provides quality case and custom foam interior packaging solutions at the most reasonable cost, and we do it right the first time.

And we literally started in a barn. Of course, it made perfect sense at the time because our company was manufacturing and selling harnesses and saddlery to wholesale hardware houses. Business boomed in the early years, requiring a move to a bigger and better building at the corner of South East and Bicking Streets. In 1918, manufacturing shifted to support the war efforts as our staff grew to more than twenty employees.

A fire. A name change. And new business opportunities

In April of 1942, a fire completely destroyed the business. Bud Ellis (the founder’s son) acquired the assets of the company, closed out the saddlery business, and went into business with R.R. Scott. The company name was changed to Ellis-Scott Leather Products Co., Div. of Capital City Supply Co. With the government taking most of the leather for WWII, the company expands its focus to the material handling industry, selling roller, wheel and power belt conveyors. In 1946, the company is incorporated under the name of C.H. Ellis Co., Inc. and turns its attention to sales presentation cases. Business continues to grow, with nearly one-hundred employees working in buildings at South Pennsylvania and Georgia Street.

Still going strong after half a century.

1958. The company moves to its current location at 2432 Southeastern Avenue. There are still two separate divisions: Material Handling and Leather Products.

This was a major growth period for C.H. Ellis

The company became well established as a major manufacturer of plastic cases, sewn cases and tool organizers. It numbered some of the leading tool kitters among its clients along with a solid base of Fortune 500 companies. The company purchased another plastic case manufacturer to increase its market share in that market. At the same time, C.H Ellis moved some of its sewing requirements to Jamaica and the Dominican Republic to reduce costs.

During this time period the company expanded its CAD-CAM manufacturing capabilities, added a Gerber machine for cutting cloth and foam, a waterjet and a new former.

All of these allowed the company to expand its market share. Additionally, CH Ellis purchased the Chicago Case Company, a leader in military-style carrying and shipping case. With several government contracts in hand, the company also moved into rotational molding and supplied mechanics tool kits and small arms repair kits to the military. One of the company’s largest contracts came in 2008 when it supplied the Navy Seabees with large kits for all their battalions. For the future, CH Ellis is primed to expand not only its manufacturing capabilities but also its fabricating capabilities. By partnering with other firms, CH Ellis expects to become a one-stop manufacturing facility for rotational, injection, vacuum and blow molded products as well as for foam fabricating and sewing.

We fit your needs